The Thirteenth Amendment to the United States Constitution officially abolished and continues to prohibit slavery and involuntary servitude, except as punishment for a crime. It was passed by the Senate on April 8, 1864, passed by the House on January 31, 1865, and adopted on December 6, 1865. On December 18, Secretary of State William H. Seward, in a proclamation, declared it to have been adopted. It was the first of the Reconstruction Amendments.

President Lincoln was concerned that the Emancipation Proclamation, which outlawed slavery in the ten Confederate states still in rebellion in 1863, would be seen as a temporary war measure, since it was based on his war powers and did not abolish slavery in the border states.

The Fourteenth Amendment (Amendment XIV) to the United States Constitution was adopted on July 9, 1868 as one of the Reconstruction Amendments.

Its Citizenship Clause provides a broad definition of citizenship that overruled the decision in Dred Scott v. Sandford (1857), which held that blacks could not be citizens of the United States.

Its Due Process Clause prohibits state and local governments from depriving persons of life, liberty, or property without certain steps being taken to ensure fairness. This clause has been used to make most of the Bill of Rights applicable to the states, as well as to recognize substantive and procedural rights.

Its Equal Protection Clause requires each state to provide equal protection under the law to all people within its jurisdiction. This clause was the basis for Brown v. Board of Education (1954), the Supreme Court decision which precipitated the dismantling of racial segregation in the United States.

Treaty of Peace and Friendship with Morocco

Morocco is one of the first countries to recognize the independence of the United States as the Sultan Sidi Mohammed Ben Abdullah issued a declaration in 1777 allowing American ships access to Moroccan ports. In 1787 a Treaty of peace and friendship was signed in Marrakech and ratified in 1836. It is still in force making it the longest unbroken treaty in the U.S history. The U.S had also its first consulate in Tangier in 1797 in a building given by the sultan Moulay Slimane. It is the oldest U.S diplomatic property in the world.

Become a member of our community of New Kemit.

The latest book by El Amin!!!!

This book deals with establishing your own jurisdiction through our culture!  This books gives detail on the Moorish (African) culture through the rites of passage and how to apply it to your daily life lawfully!  No gimmicks or Sovereignty just pure culture! This book will show you how to establish a family free from the state.  Learn how to avoid child support, marriage by the state and birth certificates!   This book deals with why Moors and Indigenous People are tax free and how to document all these things in affidavits.  It also deals with diet, law, religion and Polygamy!!!!  This book picks up where Moors, Moabite and Man left off!  GET YOURS TODAY

This DVD provides 3 hours of information dealing with the Indigenous People of the world, law, Metaphysics and Moorish Science!!!! 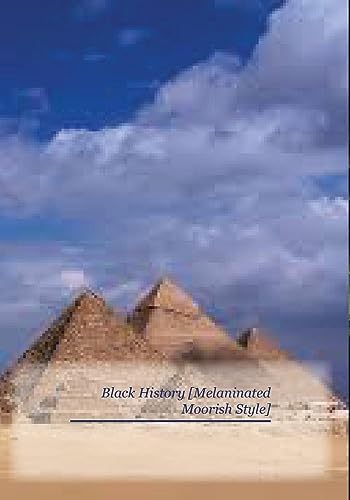